Rwanda’s President Paul Kagame at an official commemoration remembering the atrocities [File: Anadolu] A researcher in France has won a…

A researcher in France has won a protracted legal battle for access to ex-President Francois Mitterrand’s archives on the 1994 Rwandan genocide, in which Kigali accuses Paris of having played a role.

The State Council, France’s top administrative court, ruled on Friday the documents would allow researcher and author Francois Graner “to shed light on a debate that is a matter of public interest”.

Presidential archives are usually confidential for 60 years after they were signed, but under certain circumstances, such as public interest, can be made public earlier.

“Protection of state secrets must be balanced against the interests of informing the public about historic events,” the State Council said.

“This is a victory for the law, but also for history,” Graner’s lawyer Patrice Spinosi was quoted as saying by AFP news agency.

Researchers had previously complained that only a fraction of classified French documents have surfaced and say a conclusive account on the role played by Paris has yet to be produced.

Rwandan President Paul Kagame has accused France of being complicit in the bloodshed in which Hutu militias killed about 800,000 Tutsis and moderate Hutus.

France has always denied the allegations and last year, President Emmanuel Macron announced the creation of a panel of historians and researchers to look into the claims.

Before the genocide’s 20th anniversary in 2014, Kagame accused Paris of having played a “direct role” in the assassination of then-President Juvenal Habyarimana, a Hutu, which sparked the killings.

Relations between the two countries had hit a low point in 2006 after a French judge recommended Kagame be prosecuted by a United Nations-backed tribunal over the 1994 killing of Habyarimana.

The Rwandan president, who had led the Tutsi rebel force that eventually overthrew the genocidal Hutu regime, broke off ties with France for three years.

The turning point came in 2010 when former president Nicolas Sarkozy acknowledged on a visit to Kigali that France had made “serious errors of judgement” in Rwanda.

While falling short of an apology, it was seen as a breakthrough in Rwanda.

But France’s perceived foot-dragging on bringing genocide suspects living in the country to justice, has aggravated tensions.

On May 16, the genocide’s alleged financier, Felicien Kabuga, was arrested at his home outside Paris after a quarter-of-a-century on the run.

On June 3, a Paris court approved his transfer to a UN body for trial in Arusha, Tanzania.

French-Rwandan former hotel driver Claude Muhayimana is set to go on trial in Paris in February next year, accused of having transported Hutu militiamen to sites where massacres were carried out.

In the two other Rwandan genocide trials concluded in France, a former officer in the presidential guard, Pascal Simbikangwa, was given a 25-year jail sentence in 2014, while Octavien Ngenzi and Tito Barahira, two former mayors, received life sentences in 2016. 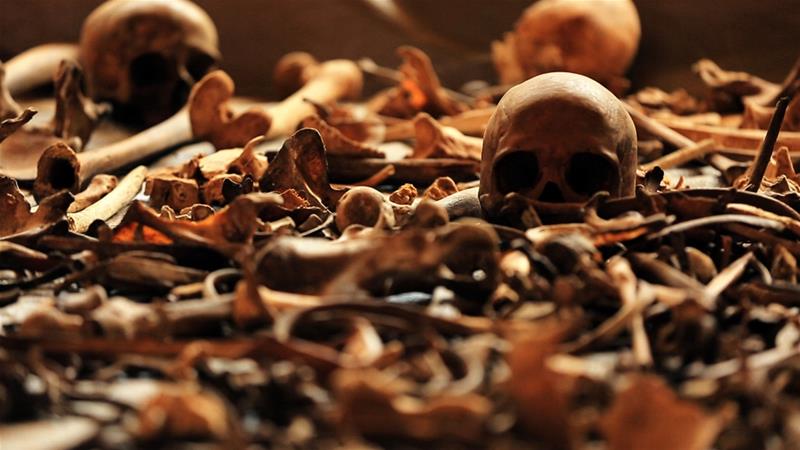 The World Through the Lens of Rwandan Photographers