Beni, Democratic Republic of the Congo – Bold rays of sunshine pour through the windows of the Ebola Treatment Centre in Beni, and along its eerily-deserted hallways lined with biosecure care units.

Outside, in a high-risk zone fenced off by neon orange barriers, a nurse in full protective gear carefully sterilises some medical equipment with chlorinated water. A pair of assistants take stock of medical supplies in a large wooden hut nearby.

“It feels strange for this place to be so empty,” said Dr Esther Sokolua Perso, head of medical activities at the Doctors Without Borders (Medecins Sans Frontieres, or, MSF) centre since June 2019.

“But it’s an enormous relief.”

The Democratic Republic of the Congo’s (DRC) latest Ebola outbreak, which killed 2,264 of the 3,453 people infected, emerged in eastern North Kivu province in August 2018 and later spread to the neighbouring Ituri province.

At the height of the outbreak, the tenth and by far the DRC’s largest, the facility in Beni was the epicentre and home to a highly-active team of more than 130 healthcare workers.

But ever since the last patient in the country, a woman called Masika Mawasu Semida, tested negative on February 17 and was discharged last month in scenes of great jubilation, it has largely lay empty.

Is the Ebola epidemic almost over? 🤞 pic.twitter.com/kzsqXz1g7B

The World Health Organization (WHO) is set to declare the outbreak over on April 12 – the date marking double the disease’s 21-day incubation period since the departure of the last patient – if no other cases emerge.

“The feeling is of joy,” said Perso, calling the end of the outbreak a “real success”. She added: “The team here battled and battled. It wasn’t easy. But we did everything we could to save people.”

Among those saved were a number of women who were pregnant at the time of contracting Ebola, eight of whom survived with a viable fetus, the first time this has ever been achieved.

“I was so afraid at the time,” the 29-year-old said. “I couldn’t have imagined my life being transformed to what it is now.”

Mass mobilisation led by the Ministry of Health has proven crucial, with almost 160 million individual screenings for Ebola symptoms at checkpoints around the eastern region since August 2018.

The WHO declared the outbreak a public health emergency of international concern in July 2019, after the highly contagious virus threatened to spread to the large city of Goma and neighbouring countries.

Fortunes changed with the rollout of two vaccines produced by Merck and Johnson & Johnson – which are in clinical study phases and not yet licenced – to immunise more than 300,000 people. Prioritising the contacts of people diagnosed with Ebola was highly effective in halting the severe hemorrhagic fever, which attacks multiple bodily organs and can cause uncontrollable internal bleeding.

“In these difficult times, it is a great victory,” said Jean-Jacques Muyembe, head of the DRC’s Ebola response and director of the National Institute of Biomedical Research.

“The vaccines helped turn the tide for us. They have been very effective. But our work is far from over.” 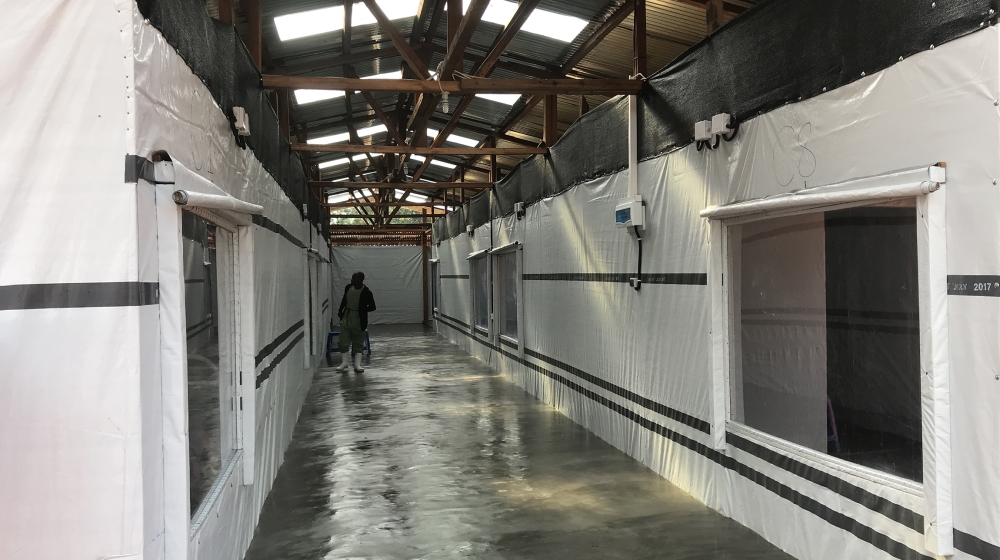 Opened in January 2019, this treatment centre responds to the outbreak of new Ebola cases in Katwa. Located in Butembo, Katwa Health Zone covers the western part of this urban area that is home to about one million people [Lisa Veran/Al Jazeera]

Initial efforts to tackle the outbreak of Ebola in the DRC were hampered by long-seething political and social tensions in the country’s volatile eastern region.

The densely-populated North Kivu region surrounding Beni is an active conflict zone where dozens of armed groups have killed more than 1,700 civilians since 2014, according to the database Kivu Security Tracker.

Distrust of the emergency operation was also heightened among many locals who saw international organisations dedicate huge resources to respond to the Ebola outbreak but much less to the other concerns in the destitute region, where malaria, measles and other diseases kill thousands every year.

“At the beginning of the epidemic, the response was centralised around important systems like surveillance, patient care and communication,” said Berengere Guais, emergency coordinator for MSF in North Kivu. “But in retrospect, we needed to involve communities in discussions from the start.”

This was compounded by allegations of large-scale embezzlement of resources meant to tackle Ebola, misinformation about aid agencies intentionally spreading the virus and heavy-handed use of force by the Congolese army to enforce rules around burial practices and patient transport – which was later deemed “disproportionate” in a United Nations report.

The ill-feeling combined with the continuing campaign by armed groups led to 420 attacks on health facilities, resulting in 11 deaths and 86 injuries of health workers and patients, since August 2018. 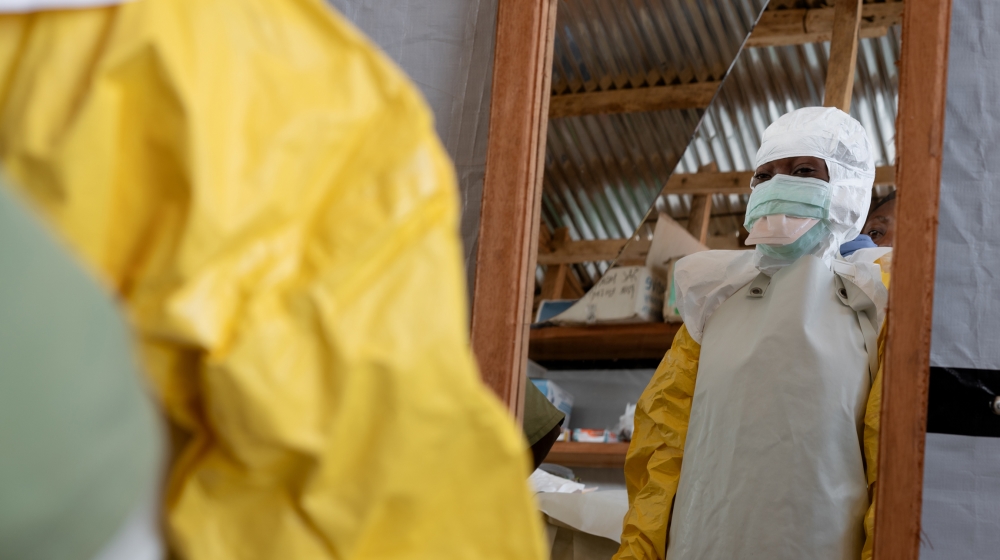 Yet the end of this outbreak is now finally in sight for Perso and her team at the Beni treatment centre, with only a matter of days to count down. However, they will continue to remain on high alert for 80 days after the declaration and will provide care for Ebola survivors as part of an 18-month programme of regular health checkups.

“We’re still in full response mode,” said Dr Gervais Folefack, an incident manager for the WHO in the DRC. “We have to remain extremely vigilant because there are many factors that could undo all of our work.”

The Ebola virus itself can persist in used medical equipment for weeks and in the bodily fluids of survivors for many months, added Folefack, and in rare cases survivors can relapse. The virus is endemic to the region, with fruit bats believed to be its natural hosts, and a further zoonotic transmission from the species is always possible.

Analyses published in The Royal Society journal last year also warned that the 42-day countdown may not be enough to say with confidence that the epidemic is over because the complex security situation means some cases may have gone undetected.

For now, the celebrations will remain low-key. A planned event at the Beni treatment centre to mark the end of the outbreak was cancelled after the first cases of coronavirus in the city were confirmed last week.

But the occasion will nonetheless be a huge stride forward in the battle against Ebola.

“There are no words to describe how grateful I am,” says Faustin Kalivanda, who was under treatment at the Beni centre until November 2019 and now works there as a nurse assistant.

“This place brought me back to life and I’ll never forget it.”

Outrage as Three Endangered Giraffes Electrocuted to Death in Kenya

Will Fela Be First African Artist inducted At Rock Hall of Fame?